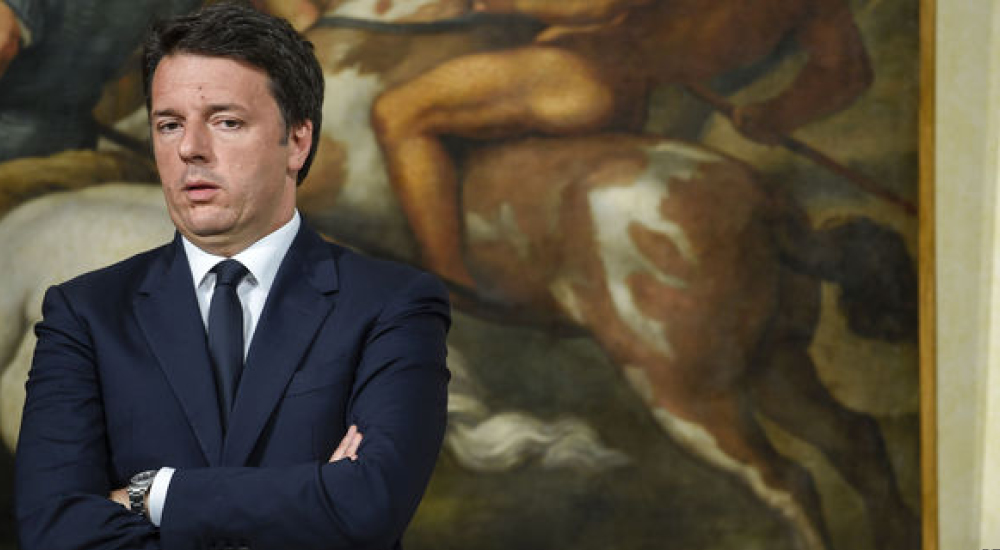 Italy has had over 60 governments in its 70-year life, some of which did not last more than a couple months. Yet the people voted against constitutional change aimed at stabilising the parliament.The constitutional referendum on Sunday 4th December, proposed by Prime Minister Matteo Renzi, was an attempt to reduce the size and power of the Senate (the upper house).This attempt failed also. Spectacularly. 60% of Italians who voted in the referendum rejected the proposed changes.

This was not a Brexit referendum

The referendum was positioned in the media to be on a par with the UK vote on leaving the EU, though it had nothing to do with Europe or the euro.Like the British referendum, however, it is thought that the ‘no’ result was a protest against the government that proposed the reform, rather than the reforms themselves. Like in Britain, the anti-government position was seized upon by populist groups, including anti-immigration groups; Italy has received tens of thousands of economic migrants from Syria and North Africa.In my opinion, the decision by the Italian people to reject the government’s proposed constitutional reforms will have absolutely zero effect on the business that we are in – commercial solar PV. I’ll explain why later, but first, a little background.

The background to the referendum is a 68-year-old constitution that was devised following two decades of fascist, non-democratic leadership. In an effort to prevent such a situation ever arising again, the constitution puts power in the hands of a massive parliament (about 1000 deputies divided between an upper and a lower house), which nominates the government and can remove it from office at any time.Whatever about protecting democracy, this arrangement, combined with a very Italian fragmentation of political parties, has bred weak governments that are highly dependent on the parliament’s – and parties’ – changes in political orientation. With around ten major parties, and double that number of minor parties, you can imagine how fragile the balance of power is.

The political instability makes it very hard for any government to achieve anything meaningful, particularly when it comes to the economy, whose fluctuations often call for speedy reactions. International observers and economic entities have often criticised the Italian democratic structure as being inefficient when it comes to the economy and unable to cope with a fast-changing external environment.In a recent report that was leaked to public, JP Morgan criticised the Italian Constitution for its excess socialist spirit that prevails on economic liberty.“We are voting to try and change a country that has been stalled for far too long,” said a 37-year old business man at the polling booth on Sunday. (Source: Thejournal.ie). He professed to be voting yes for the future of his two-year old son.The government’s strategy has been to instil in voters a fear of economic stagnation and a loss of visibility on an international level for Italy. Such fears were instilled also in international agencies and financial entities.The world’s media chimed in; the Financial Times expressed its strong support for the approved reforms, alleging their necessity and the negative impact that a rejection would have on the Italian economy. The Economist issued a long and detailed article expressing the idea that nothing would change significantly whether the referendum approved the amendments or rejected them.

The impact on renewable energy investments

As for the impact of the no vote on the renewable energy sector, I predict no impact is to be expected. But neither would I have expected any impact had the vote been yes to the constitutional amendments.The renewable sector in Italy is a mature one. Our EU targets on energy produced from renewables – in terms of installed production capacity – had been met by 2013. The seismic change has already hit the industry – in 2014 the government unilaterally decided to reduce the subsidy granted to each single PV plant, keeping the total amount of subsidies unchanged, thus allowing for more room for new initiatives in renewables. I’ll be writing more about this controversial decree – the so-called “Spalma Incentivi Decree” – which was appealed as being unconstitutional, just two days ago was ruled to be in order.Further, the subsidies scheme is set up in such a way that no impact is to be expected on renewable energies from any hypothetical short or long-term economic turbulence, since the subsidies granted are levied directly through consumers’ electricity bills and transited to renewable energy plants by means of the GSE Spa – Gestore del Servizi Energetici, which is a 100% state-owned entity but whose accounts are by statute fully separated from the State Accounts.

I believe, however, that Italy does need some reforms to its constitution that would allow for more political stability and for quicker decisions. The government needs to have the ability to quickly adjust to changing environmental situations. Italy needs to remain economically and technologically up-to-date. Right now, it is a prisoner to local party politics.

Solar Panels in the (Hot)spot light