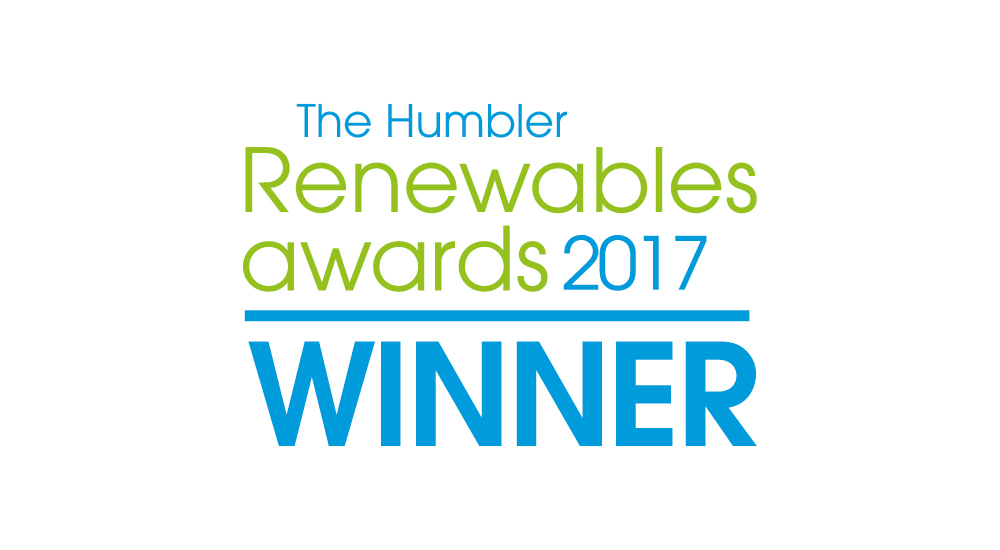 We are thrilled to say that our Tansterne Advanced Biomass Project scooped the award for Best Renewables Project/Installation in the Humber Area at the Humber Renewables Awards 2017 in Hull on Thursday 9th March.The award-winning entry is a 21-MW biomass plant developed and constructed near Hull, England, by Solar 21, in partnership with plant designers HRS Ltd and steel fabricators CF Struthers Ltd.The project beat Enrolled Freeman of Grimsby and Crown Paints, the other finalists in the category, to land the award. This is the sixth annual Humber Renewables Awards, this year sponsored by Siemens, which operates a wind turbine blade factory in the region. 24 companies and organisations were shortlisted in eight categories. The success of the awards underlines Humberside’s dominance in renewable energy in the UK.

Constructed entirely in Hull, the Tansterne biomass plant incorporates two patented designs – the fluidised bed boiler and the power generation module – the combination of which creates a level of power output and efficiency that is best in class within the energy industry.This means that Tansterne will produce the cheapest renewable energy from biomass (in terms of cost per megawatt) of any comparable facility. The plant will produce enough clean energy to power 10% of homes in the greater Hull area. The energy produced qualifies for Renewable Obligation Certificates, the UK-government mechanism for supporting the production of renewable energy.

From green field to commissioning in 15 months

Despite only obtaining planning permission in January 2016, the modular design developed by HRS, allied to the refined engineering capabilities of CF Struthers and excellent project management from Solar 21 means that Tansterne will be commissioned a little over 15 months after works began; on time and to cost – far quicker than a traditional power plant of this scale.The project has secured the jobs of more than 100 highly skilled local workers, created around 80 more for contractors, and brought £50m of investment to the area.

Two brothers from Achill Island behind the project

Andrew and Michael Bradley are devoted to clean energy development. Michael Bradley is CEO of Solar 21, the Rathcoole firm that raised the £50 million investment required to develop the Tansterne project. Michael’s brother Andrew, an expert in renewable energy plant development, was a key consultant in the project.Speaking about the award, Michael Bradley said “In the UK, Humberside is called the renewables capital of the north because of the focus on clean energy generation there and the expertise that has built up in that industry, so to win an award in Hull is a real honour. We are very proud of Tansterne, which will be one of the most efficient biomass facilities in the world thanks to the innovations of HRS Ltd, the plant designer and CF Struthers Ltd, the manufacturer.”“I should add our thanks to Wealth Options Ltd here in Ireland. They were instrumental in helping us raise the funds in such a short space of time, enabling the plant to be constructed in just 15 months. As part of Wealth Options’ due diligence, over 100 brokers visited the site as it developed to meet the contractors and further their knowledge of biomass technology.“There has been a great appetite for investments in renewable energy from Irish investors,” he continued, “They tick boxes for people; the investment term is relatively short, the return is above average and the investment is ethical.”Andrew Bradley said, “This award gives us great confidence to quickly advance the projects we have in the pipeline which include three more biomass plants, several anaerobic digestion plants (to produce clean gas) and a large energy from waste plant.Solar 21, whose renewable energy assets include a portfolio of solar assets in Italy, is interested in developing commercial-scale renewable energy generation in Ireland and looks forward to the government’s imminent announcement on supports for the sector.