Our response to the DCCAE's Climate Action Plan 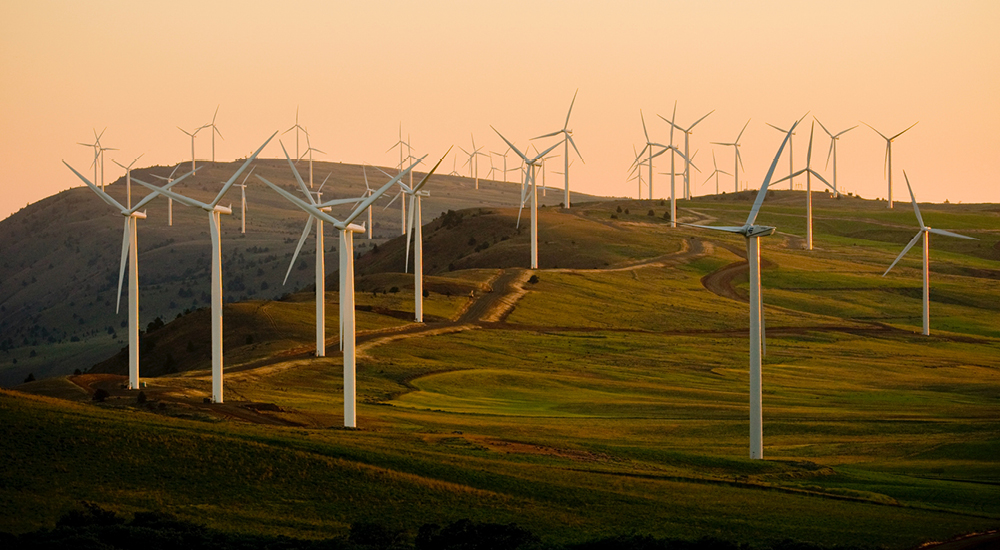 The government must act to encourage renewable energy development in Ireland.

On May 9th 2019 Ireland became the second country in the world to declare a climate and biodiversity emergency. The declaration was accepted by both the government and the opposition of the Dáil without a vote. Just a few weeks later, Minister for Communications, Climate Action and Environment Richard Bruton TD introduced the government’s first Climate Action Plan.

The stage is set for our country to transform itself from a climate action laggard to a leader, but will we succeed?

The task is enormous. Accordingto scientists, about one-third of Ireland’s 98 wild bee species are threatenedwith extinction, while recent findings show that over 60 per cent of the 202species of commonly occurring birds in Ireland are now on the red and amberconservation lists. Ireland is the worst-performing EU member state in tacklingclimate change according to the Climate Change Performance Index (CCPI) 2019.

Though the plan’s ambition is laudable, we’re disappointed to see relatively little support to encourage renewable energy projects other than wind. The plan sets a target of 70 per cent of our electricity to come from renewable sources by 2030 (up from 30 per cent) and yet the measures to encourage biogas and solar production, to name two RE technologies, fall far short.

The scheme for supporting anaerobic digestion (biogas) plants will support projects at about 2.95 cent per kWh. Compare that to the UK scheme which provides an incentive of 5.47 cent per kWh. Given that differential, it’s unlikely that this plan will boost biogas plant development in Ireland in any significant way. The Irish incentives are not index linked to account for inflation, nor do they apply to projects over 2,400mWh. This contrasts with the UK scheme which uses a tiered system to encourage all sizes of plants. Anaerobic digestion produces biogas via the breakdown of organic material, making it an ideal technology for Ireland’s farmers and the agri-food sector. The missed opportunity is obvious.

While Bord naMóna announced earlier this year that it will cease burning peat to generate electricity, moving towards biomass, we know that until 2030 it will be co-firing biomass with peat, the most harmful fossil fuel of all.

We would like to see a new SSRH scheme (Support Scheme for RenewableHeat) for homeowners. The current scheme only supports commercial, industrial, agricultural and other non-domestic heat users, yet our homes are a big emitter of GHGs and pollutants – over 1m homes in Ireland are oil fired, and most newhomes are fitted with fossil fuel boilers, which makes a mockery of policiesbased on retro-fitting homes. Home heating makes up around 10% of our total carbon emissions; we would call that low-hanging fruit.

A pilot scheme to allow homeowners sell electricity generated through solar panels back to the national grid will be introduced, with plans to roll the scheme out across the country by 2021. Many similar programmes exist in other European countries. We welcome the introduction of a micro-generation scheme, though it must provide a genuine incentive to encourage people to participate in it. Two things to note on the negative side: some work will need to be done to allow homes to connect to the national grid at a reasonable cost to facilitate micro-generation, and the aim to have 1.5GW of solar energy by 2030 is far from ambitious. That target could be reached by the end of next year.

Aside from renewable energy, the Climate Action plan includes many other proposals to address the climate crisis including:

Will this plan join others on a dusty shelf?

It is clear that cross-department accountability is key to the achievement of the almost 200 actions in the plan. This is something that Minister Bruton has insisted on from the beginning of his tenure. A Climate Action Delivery Board will be established, jointly chaired by the Taoiseach’s Department and Department of Communications, Climate Action and Environment, to oversee the implementation of the Climate Action Plan. A progress report will be submitted to Cabinet and published each quarter. The Delivery Board’s attachment to the Taoiseach’s office is encouraging but we would like to know more about its influence and sanctioning power.

We are encouraged by the promise of such policy measures as the setting of five-yearcarbon budgets and sector targets, underpinned by a new Climate Action Act,with penalties should the relevant Minister fail to meet them. All major government investments and decisions will be carbon-proofed, the plan says, andevery public body will be given a climate action mandate by their line Ministerto prioritise climate action.

The ClimateAction Act must be enshrined in law before an election is called. Good climateaction bills when proposed by non-government parties or groupings do not farewell. Just look at the Green Party’s excellent Waste Reduction Bill onsingle-use plastics and Brid Smith TD’s Climate Emergency Bill to ban oil andgas exploration, the latter effectively blocked using the dark arts ofparliamentary procedure, despite being backed by the majority of TDs.

The plantells us that semi-state bodies will be sent new letters of expectation onclimate action, whatever clout that will have.

The currentIrish target is an 80 per cent reduction in carbon emissions by 2050, thoughclimate scientists say this is insufficient to keep global temperature increasesto under two degrees as envisaged under the Paris Agreement.

It’s anambitious plan by Ireland’s standards but an ambitious plan is needed. It could be a more robust plan if renewable energy incentives (other than wind) wereimproved.

Every government department and semi-state company needs to get behind this plan to give it a fair chance of making a difference. What’s more, to fully enshrine the actions and goals into a long-term vision, we think the Climate Action Plan should be integrated with the government’s Project Ireland 2040 Plan published last year, a 20-year plan the stated objective of which is to:

“Provide a comprehensive social, economic and cultural infrastructure for all our people to flourish, so that together we can create a better society.”

For our society to flourish we really need climate action to be at the heart of Project Ireland.