Gate fees will push EFW growth in the UK 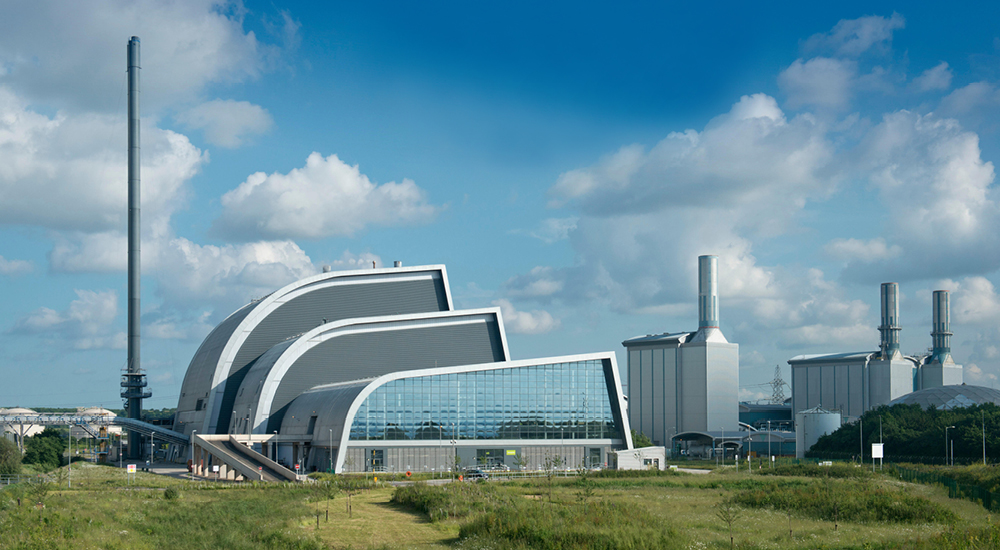 As UK renewable energy subsidies taper off, the returns offered by Energy from Waste (EfW) projects have become increasingly attractive compared to those of other kinds of renewable energy. Matthew Williams and Yohanna Weber, partners at European law firm Fieldfisher, discuss why this industry is beginning to fire up.

When people – companies, politicians and the public – talk about energy from waste (EfW), they can be referring to a mixture of different things, depending on their experience of this sector.

EfW (also referred to as waste to energy, or WtE) involves taking waste from a variety of sources and turning it into a useable form of energy.

Plants can be built to generate electricity, gas, heatand/or steam from a variety of waste feedstocks.

Biomass can mean a multitude of fuel types, but feedstocks like wood pellets, maize and sugarcane grown specifically for burning to produce energy do not generally fall within the EfW bracket.

EfW developments have often been contentious propositions in the UK, largely because many people conflate EfW with traditional incineration of rubbish.

However, with advances in technology, tight emissions targets and pressure on local authorities to divert waste from landfill (see Council Directive 1999/31/EC of 26 April 1999 on the landfill of waste), EfW has become a sophisticated and increasingly large scale industry that could provide one answer to how the UK sustainably manages its mounting waste problem.

Given its potential for diverting waste from landfill, the UK government has been generally supportive of domestic EfW projects.

In November 2018, secretary of state for internationaltrade Liam Fox launched the UK's first Energy InvestmentPortfolio.Under the scheme, around £5 billion of energy and infrastructure projectsacross the UK will be promoted to global investors.

Backers of this scheme are hopeful that it will generate significant international interest in UK EfW projects.

Until recently, UK EfW has been something of a cottage industry, muscled out by opportunities to invest in more lucrative wind and solar energy projects, which benefitted from government subsidy schemes such as Feed-in Tariffs, the Renewables Obligation and the Renewable Heat Incentive.

As these subsidy schemes have gradually been scaled back (see Changes to renewables subsidies, published by the Department of Energy & Climate Change in December 2015), EfW projects have started to look more attractive, because the fundamental economics of EfW schemes are different to traditional renewables projects.

The gate fee that EfW plant operators receive for taking waste from customers – usually local authorities or refuse collection companies seeking to dispose of residential and commercial waste – gives these businesses a financial differential that other kinds of projects cannot achieve under current subsidy regimes.

It is the gate fee that allows EfW companies to build and finance these projects on a low or zero-subsidy basis.

Some of the biggest developers of EfW plants in the UK include Reading-based Bioenergy Infrastructure Group, London-headquartered Wheelabrator and Blackburn-based Vital Energi.

Between them, these and other players in the EfW market are developing plants based on different technologies and fuel types at sites around the UK, offering an alternative to landfilling waste and providing energy to the National Grid or nearby businesses.

One of the reasons UK EfW projects have traditionally been problematic to finance and build is because banks and infrastructure funds had concerns about the technology risk associated with EfW.

A lot of EfW technologies are gasification-based. This means that they use waste as a feedstock for high-temperature chemical conversion processes, the end product of which is synthesis gas (syngas).

The issue with this type of technology is that is still fairlycutting edge and, as a consequence, the technical efficacy of these plants issometimes challenging.

In particular, gasification technologies are especially susceptible to the quality of the feedstock, which limits the EfW plant's sourcing options.

Banks thinking of investing in a EfW project will look for examples of plants elsewhere that have been successful in running a particular type of technology.

Being relatively new, gasification projects are hardpressed to demonstrate this track record, meaning that developers can struggleto get the third party financing they need to get a project off the ground.

There is also the fuel supply risk. Ideally, EfW companies want suppliers that can provide them with fuel right across their portfolio of projects on a national basis; credit-worthy partners who they can trust to reliably deliver the right kind of fuel.

Investors tend to have concerns about relying on localauthorities – the main sources of residential and commercial waste – to performthis role, due to their relatively small geographical coverage.

This is where aggregators come in. These are companies offering to contract with local authorities to collect all their municipal waste and provide it to EfW projects over time.

Provided these aggregators are large enough and have good credit-risk profiles, they can offer a satisfactory solution for EfW companies and their investors seeking to stack up all the necessary elements of a successful project.

Other kinds of EfW technology, such as pyrolysis – an anaerobic heat-driven process that thermally decomposes organic material to produce energy – have distinct but broadly similar challenges, although these projects tend to be larger than gasification plants and are often co-located with other industrial facilities.

An issue with developing any large, grid-connected EfW projects is the need for planning consent from various authorities.

New electricity generation infrastructure projects over50MW are governed by the Planning Act 2008 and require public consultation before developmentconsent can be approved.

When objections do occur, these are often on the groundsof the potential health impacts on local communities.

Many smaller projects can pass through Town and CountryPlanning relatively unscathed, as they are usually supported by local wasteplanning policies.

The onus is on EfW developers to communicate the benefits their plants offer and to convince communities that any emissions from the plants will be within safe environmental limits.

Conversions of existing industrial facilities to EfW plants tend to be less controversial than greenfield developments, although where a brand new site is located next to an existing industrial area (often with the intention of providing energy to those industrial units), gaining consent is usually straightforward.

If all goes smoothly, without any planning objections and assuming all the necessary financing and construction arrangements are in place, large (50 MW+) EfW projects usually take at least three-to-four years to build.

The future of EfW in the UK

As the EfW sector expands and matures, it is likely that the industry will become a more prominent feature of the UK's energy mix.

Costs and restrictions on sending waste to landfillcontinue to squeeze local authorities, providing an incentive for those whocollect waste to find better ways of dealing with it.

Until fairly recently, the UK was shipping a significant proportion (>3 million tonnes in 2016) of its municipal waste offshore to be dealt with by EfW companies in places like Germany, Sweden and the Netherlands – simply because it did not have the technology to perform this service domestically.

This balance is starting to be redressed, and with the inevitable trend towards a zero-subsidy environment for the UK energy industry, the margins offered by EfW projects should ensure a bright future for the sector.

Matthew Williams is a partner and Co-Head of Energy at Fieldfisher. Yohanna Weber is a planning and environment partner at the firm. Fieldfisher is a European law with a key focus on energy and natural resources.